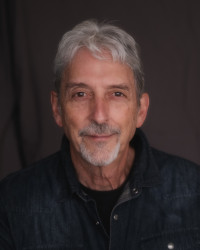 John Lewis & Friends on the Mainstage

John Lewis has worked as a full-time performing musician/guitarist/bassist/composer for a number of decades now, based out of Des Moines, Miami, Chicago and now, beautiful Door County. In 2017, he and his wife Kris moved to Fish Creek full-time and love life in the county. John has toured the country and a number of places overseas as a sideman. He's played iconic venues like The Cavern Club (Liverpool), Paradiso (Amsterdam), Shepherd’s Bush Empire (London), NBC Studios (Rockefeller Plaza) and the Palace Theater (Hollywood). He's written, published and recorded quite a bit of instrumental music and, more recently, an album of original songwriting entitled Graffiti. John currently makes some noise in the county with Terry Murphy, with The Lindenberg Lewis Taylor Organ Trio, and with Northern Sky Theater.

Buy To This Event Directions